Raisins Made with Love

Every August in Madera, over 10,000 volunteers gather to pick grapes from an 80-acre vineyard that is solely devoted to producing raisins used for humanitarian aid.

If you have been wondering where I have been, let me first say that being the mother of five is no joke, and the older they get the more their needs change and become more dynamic. It's hard to meet the needs of a 3 year-old and a twelve year-old and every age in between. That said, in October Sammy and I were a part of The Big Tell a film contest that asks film-makers to share stories around the Central Valley. I received a grant from the Central Valley Community Foundation and we were able to complete this video and it was such a labor of love. We both spend some quality time at the vineyard and even brought our kids along to give service. I got to work my first project with Sammy that I got to participate in every step of the way, even some of my footage made the final cut. Our mini-documentary is gaining some traction on facebook and has received over 22k views! The CVCF has even shared that they have members of the community calling in asking who they should get in contact with to come pick grapes with us next year. This is dear to my heart because the hope was to inspire others to serve in the vineyard and in the community in general.

The Children's Place Denim $7.80 and more

The Children's Place is running a promotion on top of their discounted prices that includes free shipping.

If you have never used The Children's Place, I find it is about Old Navy quality. Happy shopping! 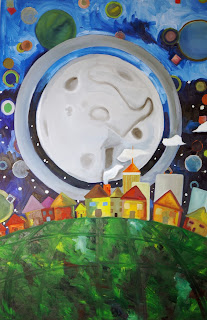 I have to say although I've always liked the idea of a community garden, I've never put much effort to see how to join one here in Fresno until my friend signed right up.

Alluvial Community Garden is leasing land behind Unitarian Universalist Church to individuals and families at amazingly good rates in my opinion.

Naturally you are expected to donate time to the community's maintenance among other things.

The garden is located between Willow and Chestnut on Alluvial. For more information visit. http://www.alluvialcommunitygarden.org I'm going there on Friday to check it out!
Posted by Sarlin12 at 10:09 PM 0 comments


"A human soul, ‘that God has created and Christ died for,’ is not to be trifled with. It may tenant the body of a Chinaman, a Turk, an Arab or a Hottentot – it is still an immortal spirit."  -P.T. Barnum


The Greatest Showman is the kind of movie that no matter how many times you watch it, it will not grow old. It was more serious than I anticipated, but decidedly not Les Mis but doesn't drag on the way Singing in the Rain does (the girls of all seasons everyone?). I look forward to cleaning and singing around the house to a new soundtrack. I must say this is the first musical that I was disappointed there were not more songs. Efron and Jackman are an excellent combo in tails and top hats and quite the birthday gift for my sister. The dancers- amazing. The singing- I did get chills.

I am grateful for the message of inclusion and the undefeatable human spirit (but don't expect too much from the film-remember not Les Mis). Forget the fact that if you spend any time even on the wiki most of the story is very very loosely based on life amongst other issues, but are we all being subject to a hoax? Did we not smile?

Not sure what a Hottentot is.

This post is mostly random thoughts and I have no plans to organize it as it is part of my goal to write every day so read at your own risk.

I have known many amazing women in my life that were never mothers and they have been powerful influences in my life. Some of my additional "mothers" or mentors were found outside the home.

I do find the older I get the more "feminist" I become, but that is only a little bit of what this post is about.

Why has our society as a whole moved away from seeing motherhood as a full worthy goal for a young woman to have? Why do we have to go out and discover ourselves? What if we already know who we are? When did we become hostile to procreation and bringing up the next generation for the sheer joy of having a family? When did propagating the species become a negative thing?

Imagine a bunch of teenagers, sitting together in a living room, happily getting along. In walks the mom with a plate of cookies that she just baked, do the teenagers A. slap the cookies to the ground and tell her "Get a job! Do something with your life? or do the teenagers B. cheerfully take a cookie or two and thank her for being thoughtful and kind.

In the true spirit of womanhood and feminism shouldn't we celebrate and support each other in all our endeavors? I know there are some people we just love to hate. We get giddy with schaudenfreude when they mess up because generally their perfect pinterest hair, and perfect pinterest house, and perfect pinterest family is so out of reach to us that its annoying. But we never know what is really going on. The Mom might be on antidepressants and seriously OCD in a real way that she struggles with every day.

This is one of the biggest problems with social media. It presents a world filled with tailored propaganda in which main people reign as the star even with their humble-brag posts. Don't get me wrong I love social media, but I try to keep it all in perspective and use it for good. I think it's a wonderful way to get a pulse on people and connect with them so you can see past the pictures and get to know what is going on in their lives so you know when to lend a hand or express a kind word to brighten their day.

My biggest struggle as a mother is not necessarily connecting with my kids, but I fear hearing their struggles. I fear hearing about any horribleness they have had to endure. It hurts so much and its difficult to come up with the right words to help them through their emotions. You hear people that go on and on about how their parents were so wise and always had the right thing to say and for me there is so much pressure that I want to run away. It's so hard, but I put on a brave face and stay where I am and listen and hope that it's enough.

For those of you that know what to say bless you. There are moments, even with five kids, that I think, Aww. I'm a real mom now. Maybe it's impostor syndrome or something, I mean, I was 16 for like 8 years.

I'm tired, that's all I got ya'll. Give your mom a phone call and if you can't, honor her in some way that would make her happy. Hugs. Goodnight. 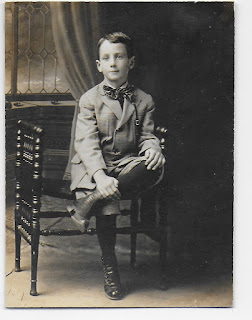 You can register through Eventbrite.

For more information visit and register to attend up to 3 FREE (50 minutes) classes at:
https://www.eventbrite.com/e/discover-your-heritage-tickets-38420859826

Come to Discover Your Heritage and learn how to strengthen your family across generations. Hear encouraging messages from experts in the industry and other popular speakers who will help inspire you to:

Whether you’re just starting your family tree, an avid hobbyist, or an experienced researcher, we have something for everyone!

Family History Activities for the Whole Family
Attendance is FREE! Just click the REGISTER button to get started. Pre-registration required.

Local filmmaker Orlando Gomez entered into a Uber contest on Youtube. Sammy (my husband) helped make this. The prize? $10,000!

Help them win the contest by adding your thumbs up on there 90 second Youtube video "Spanish Lessons."


It did show up as flagged in my restricted mode (on youtube) today, but I promise there is nothing remotely inappropriate about it. 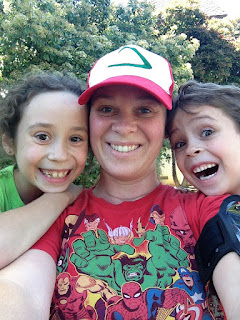 So when my son entered the institution, I mean educational system, he experienced the struggle that most boys do- he is extremely wiggly. Classic motivational techniques weren't enough to help him get through the day without a yellow or red (both are bad).

No amount of coaxing was working until...Minecraft. Yes that bane of parents everywhere.

Minecraft became our incentive for my then 6 year old- and it worked!

A new discipline system was born in our home. For every poor day of behavior "a day" is given, which isn't really "a day" but instead, it was a removal of video games privileges. All video games are banned until the "day" is either over, or until he/she works it off.

Soon, the "days" were extended to include all the children's infractions. We also decided that if a child ends up with two or more "days" then any and all screen time is out. No movies, no cartoons, etc. until the "days" are over.

We found quickly that the "days" were being given out liberally so we tried to come up with ways to work off the "days" to make the crime fit the punishment. For example, if you got a "day" for not cleaning up your room, you could remove the "day" by cleaning up the room, but if you chose not to, you could wait (without video games) until the next day. Screaming in the car = unloading the dishwasher.

It's been over a year now, and I'm happy to say it continues to be the best system we have yet to come up with. It applies equally to all the ages between 4 and 11 years old. We have a chart with each name on it and sticky notes that they post on their name according to the number of days the have. This way we remain consistent and they get to have the satisfaction of removing them when the work is done or the time is up. I feel it gives the kids control over their situation. They start with a privilege. If they misbehave they have a choice whether to work it off, or wait it out.

The default privilege we allot for video games is 30 minutes each. We've also decided to encourage my son to draw, so he has to draw for 30 minutes before playing video games. Yesterday was his first day doing so, and he drew the knights from Castle Crashers. Then he played the game.

Our system is very similar to token behavior modification systems that are heavily backed by research in classrooms and special education. Learn more at this link. http://www.minddisorders.com/Py-Z/Token-economy-system.html  You can adjust it to fit your child's needs including building tokens to earn something (5 stickers for a treasure chest toy). The main thing is to pick something you can stick with because if you don't remain consistent, the kids will lose faith in what you are trying to do and all effectiveness will be lost. 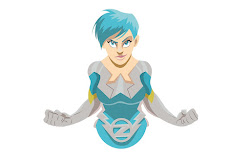 * Just went out of season.

From-On Cooking: A Textbook of Culinary Fundamentals. Fourth Edition by Labensky and Hause 2006